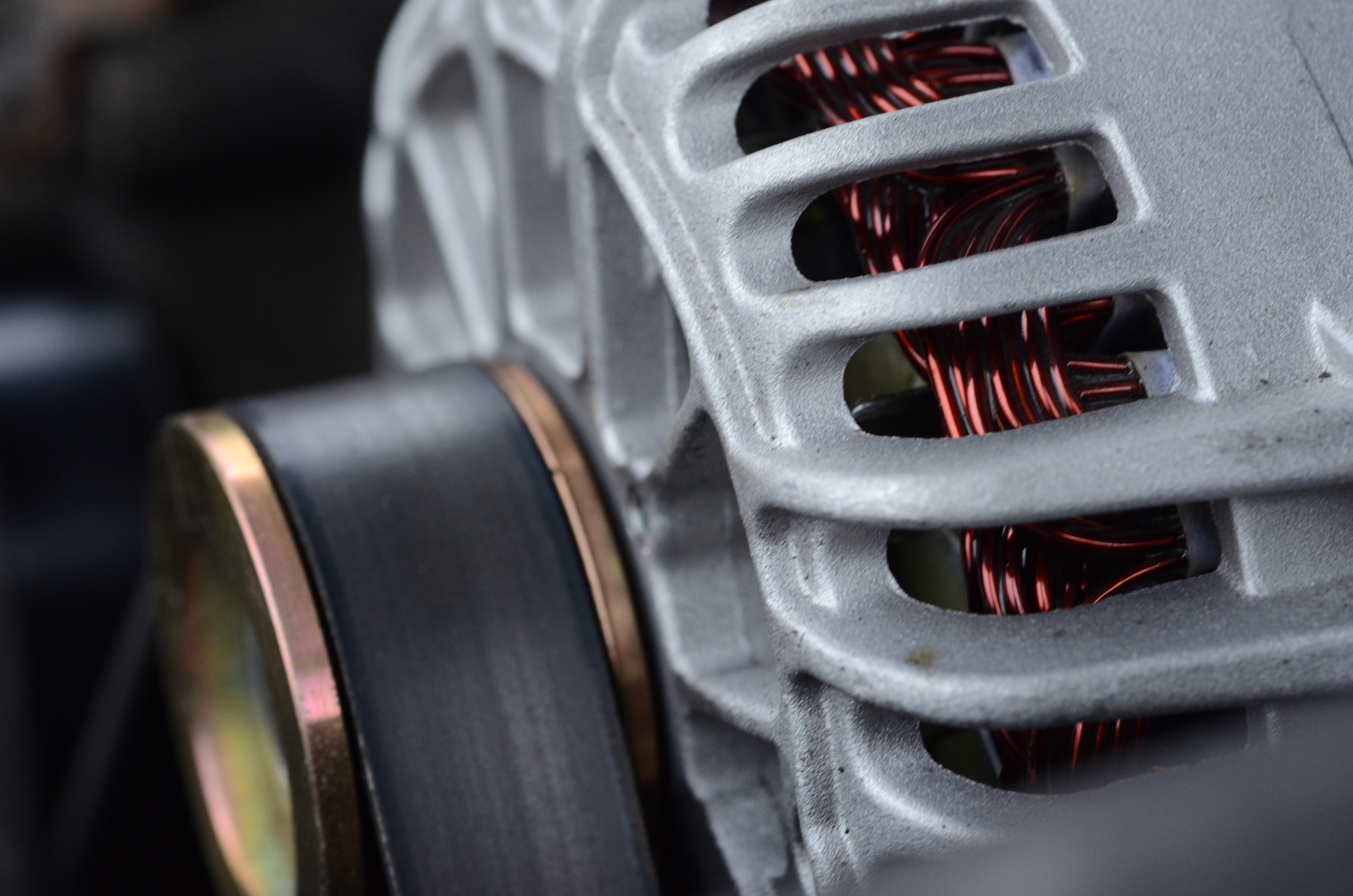 You’ve probably noticed a bunch of warning lights on your dash when you start your engine. They flash on to test the circuits and then go off if everything’s OK. One of the warning lights looks like a car battery. Its job is to tell you if your battery’s not charging properly.

You know that your battery stores electricity – enough to start your engine and get you moving. But that’s about it – you can only get a few miles in Camarillo on battery power alone. You need an alternator to generate enough electricity to run your engine and power your electrical accessories like the stereo, power seats, heater fan, onboard computers, and so on. On top of that, the alternator needs to recharge your battery. So when your alternator isn’t working properly, there isn’t enough electricity for all of those things. When your alternator fails, you aren’t going very far.

So why would your alternator not work? Usually, they’ve simply worn out. Alternators are driven by your serpentine belt and spin 2 to 3 times faster than the engine – that’s a lot of work. The bearings wear out, as do the copper wire coils and magnets that generate the electricity.

There’s no sense in hobbling along with an alternator that’s not working properly. It will fail at some point and leave you stranded. Get a bad alternator replaced as soon as you can. Your Camarillo CA service technician at Camarillo Independent Automotive will install an alternator that meets your manufacturer’s specifications.

Some folks use a lot of additional electrical gizmos in the vehicle, like computers, DVD players, power inverters and such or may regularly tow a camp trailer that’s battery recharges as you drive. If that sounds like you, talk with your Camarillo service advisor at Camarillo Independent Automotive about upgrading to a more heavy duty alternator to meet your needs.